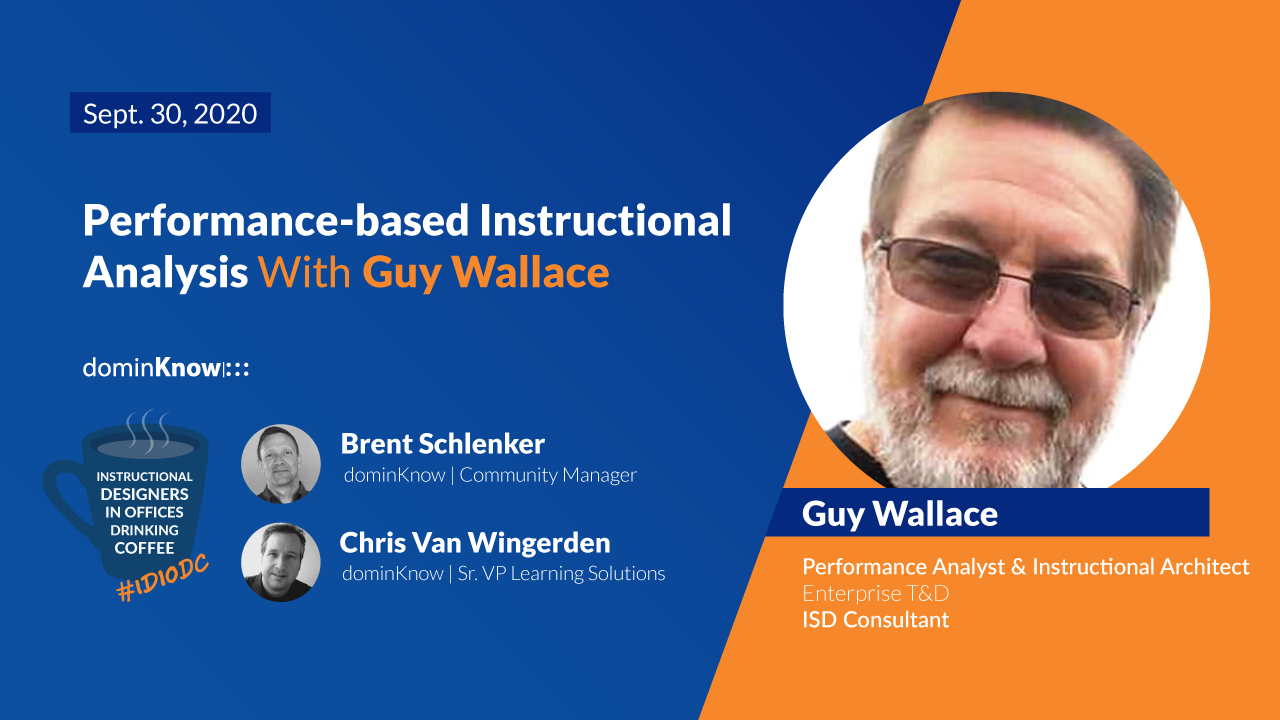 His latest book presents a "how to" approach to his ISD efforts using methods first learned in 1979 and has been using in consulting gigs since 1982.

His approach is "framed" as MCD - Modular Curriculum Development/Acquisition. He uses it for detailed project planning - and mostly "fixed-fee" pricing. It was first published in the late 1980s in his firm's quarterly newsletter.

Our conversation covered a lot of ground.

And with his extensive experience we were able to discuss some industry issues as well like “what’s the difference between Instructional Systems Design and Instructional Design”?  Guy was quick to remind us that back then the ID stood for Instructional Development (or Developer).

He also covered the parts of analysis that he focuses on in any new project. After hearing Guy talk about it I wonder why so many training professionals skip the analysis phase.  But then he shared a few stories of clients pushing back on paying for that critical analysis step and I remembered why so many of us avoid it.

But Guy shared some excellent advice for dealing with those difficult client situations as well.

It truly was an incredibly valuable IDIODC episode. Everyone will learn something new. And I encourage you to check out all of Guy’s work on his web site.

You can view the full archive recording which includes the chat comments here.

Guy W. Wallace is a Performance Analyst and Instructional Architect. As an ISD consultant, he has worked with over 80 clients since 1982. Prior to that, he worked in training functions for Motorola 1981-1982, and before that, for Wickes Lumber 1979-1981.

And he and his teams over the years have won awards for their work at AT&T, Change Healthcare, General Motors, HP, Imperial Oil, and Siemens Building Technologies.

He is the author of 14 books and over 100 published articles. His informative blog posts number just over 4,000 and his blog followers number over 4,100.

His 1999 “Lean-ISD” book received an ISPI Award of Excellence for Instructional Communications in 2002.

He has presented more than 110 times at international conferences and at local chapters of the International Society for Performance Improvement (ISPI), the American Society for Training & Development (ASTD), and at BPM– Business Process Management, the Conference for Nuclear Training & Education (CONTE), Midwest Nuclear Training Association, Association for Behavior Analysis, ASEE, and several Lakewood-Training Conferences, since 1983.

Guy was the treasurer and an executive director on the 1999–2000 board of ISPI – International Society for Performance Improvement, and was later elected to the position of President-Elect for 2002-2003, serving as ISPI’s President for 2003-2004.